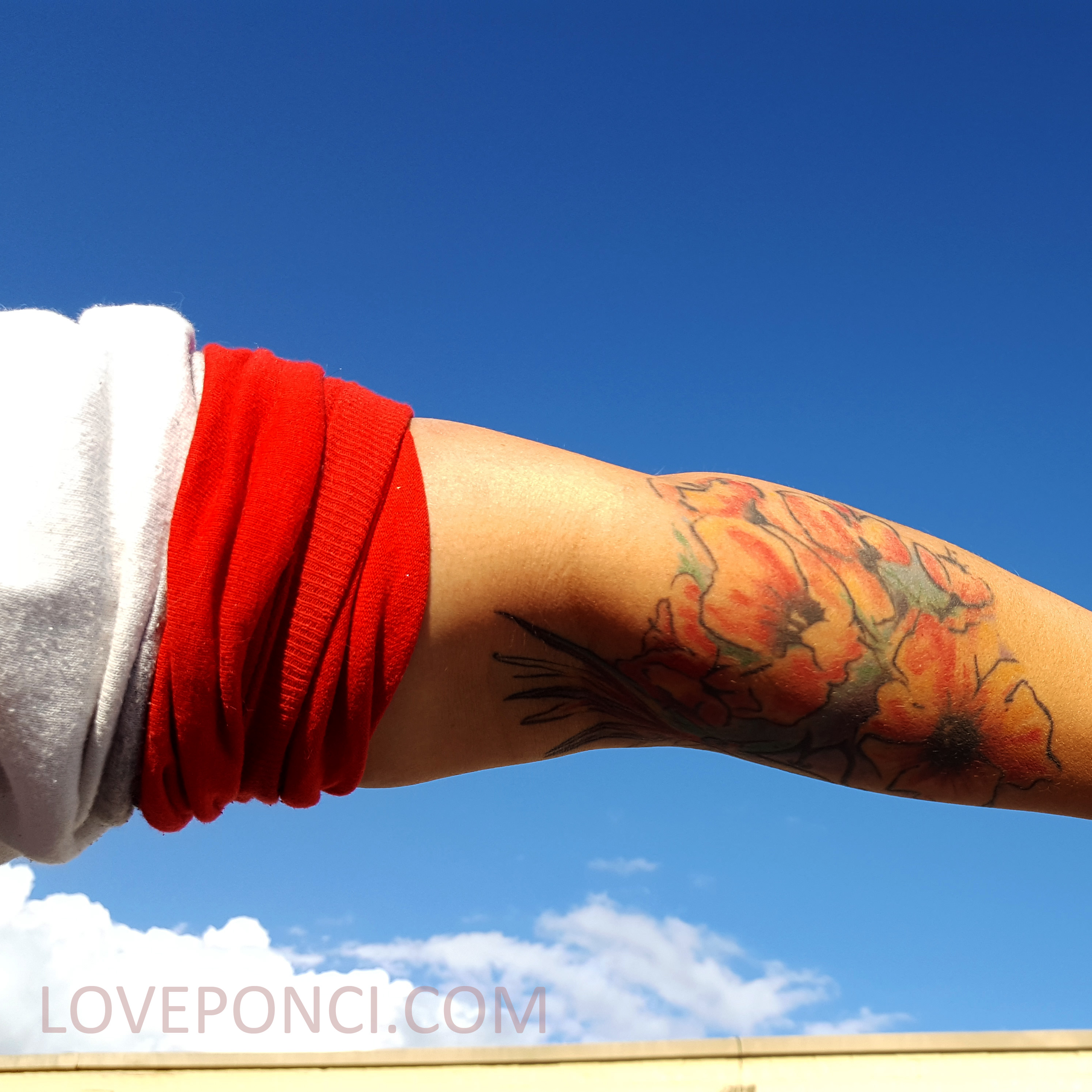 In the 1990’s, we didn’t have reality shows portraying tattooing as an art-form. Few women would enter a shop, let alone request custom designs with watercolor splashes and infinity symbols. The permanent body art you would see in the United States fell primarily into a handful of limited categories. Some artists properly executed Japanese traditional, while the rest created biker tattoos, black and grey realism, and above all, American Traditional. Today that list is quite extensive, and includes many artistic styles. Progressive tattooing includes everything from hyper-realistic color portraits that simulate original oil paintings, to graphic designs made to flow with or against the body structure. This generation of tattooer can adopt any style he or she desires. However, there is a great divide between the worlds of traditional and progressive styles, and every artist believes whole-heartedly their culture is superior.

Throughout my youth, it never occurred to me that I would want any permanent body alterations. It wasn’t until 2004, when I met Gailon Justus in Utah, that my life changed forever. He was, and still is, a well-respected traditional tattoo artist. His work is clean, crisp, and flawless. My first tattoo is a railroad spike piercing a heart, with pike lettering in a golden banner. Appropriately, this ended up being executed in his Ogden shop location, the same town where The First Transcontinental Railroad joined the Central Pacific and Union Pacific lines with the Golden Spike, on May 10th, 1869. This experience set a precedent for my entire body of work. I couldn’t be more grateful to have joined the tattoo industry through the American Traditional culture.

There is some truth to the rumor that tattoos are addictive. So, after my initial leap of faith in Utah, there were several other designs to come along. Some Gailon would do when passing through town, while others were done by various artists referred by word-of-mouth. Whoever executed the work had their own unique influences and styles; however, one thing remains consistent. They are all traditional. Each artist underwent an apprenticeship involving hours tracing the designs of legends, before they were ever allowed to touch a machine. They all honor the rules, and respect the history of the culture. The men who pioneered the craft are household names to the gentlemen who follow in their footsteps. Every piece would look to the untrained eye as if they were designed and executed by the same hand.

American Traditional tattoos are defined, in part, by their bold lines, standard ‘S-curves’, and law of thirds. In most properly engineered pieces you will see one-third skin, one third color, and one third black. This ensures the image will boldly stand the test of time by holding the appropriate contrast. It will look amazing up close, as well as from a distance. The pictures will never bleed together or end up looking like an undefinable blob. Their designs are simpler, now familiar reproductions of vintage drawings, usually encompassing nautical and patriotic themes. These commonly include women, roses, animals, daggers, and banners; however, almost any imagery can be executed using the standard guidelines. The benefits of staying true to this culture include donning a style that is timeless, beautiful, and respected.

People today often find themselves considering the experience, process, and pain, in their choices. As far as the old standard goes, a true traditional artist frequently works with heavy coil machines- the source of that loud “Buzzing” noise typically associated with a tattoo shop. The artists are often considered “heavy handed”, making the sitting more painful. As a result, the work is almost guaranteed to heal exactly how it was put in the skin. Touch ups are only necessary if the customer is careless with aftercare, or ignores the subsequent sunscreen advisory. Once inhabited by rough and gruff bearded men, (and a handful of gnarly women), the flash-sheet laden street-shops, with their rebel music blasting, speak to an older generation.

It is far more common today to enter a peaceful, inviting space, surrounded by original, framed paintings adorning the walls. The progressive tattooist today is often polite and soft spoken, and may have even gone to college to earn an art-school degree. In 2015 I received my first professional tattoo from an artist without any American-Traditional training, (and my first tattoo from a female). Jocelyn McGregor is a friend and colleague of mine. She used her graphic design background to create a custom purple-heart gemstone for my chest below my sternum. It has black linework, henna elements, stippling, colored pieces (without any outlines), and white pearls. It was executed with a Cheyenne Hawk rotary machine, and for being one of the most painful spots to get tattooed, was one of the most bearable. It contains elements an old-schooler would never embrace, and took the same amount of time a traditional tattoo would have taken. The healed first sitting requires an additional hour or two to darken some shades; however, listening to electronic dance music in her pleasant company would make anyone jump to sign up for a second sitting.

Newer styles often need several re-touches, or simply demand repeated sessions of layering. Without rules and guidelines, progressive tattoos are sometimes created without enough contrast, and over time need to be completely re-done to look intentional. When treading water in this uncharted territory, there is ample room for error. Fortunately, high-end, featherweight rotary machines are commonplace in the workforce now. They are virtually silent, and with less strain on the practitioner’s hand, there is minimal pressure and trauma to the skin. More color can be added later, as the client has usually committed to, and prepared for, at least two sittings. If properly educated, especially with a traditional foundation, some progressive artists are able to maintain the integrity of the tattoo, despite the less-tested techniques, styles, and equipment.

The alternative to old-school tattooing, is uncovering the unique style you have always dreamed of, but were told wasn’t possible. Depending on the dedication, education, experience, and time invested by the body art practitioner, there may be no limit to what they are capable of creating.  With social media, everyone has access to the world’s greatest artists’ most recent masterpieces. Excellence has become easy to strive for. Today’s tattoo client can commission virtually any style imaginable by an artist whose portfolio reflects similar work.

Certified authentic only by Buena Vista Tattoo Club in Germany, ‘Trash polka’ combines a strict black and red color palate with realistic, graphic, and geometric elements. People now commonly emulate this innovative style all over the world. On the complete opposite side of the progressive tattoo spectrum, in 2009, Boulevard Skate Shop owner, Melody White, demanded a watercolor painting of California poppies tattooed on her arm. At the time, the idea was unheard of. Local artists adamantly discouraged its’ execution. Since then, the style has become a Pinterest favorite. Today’s client could easily take a limited color palate inspired by trash polka, combine it with a watercolor painting, and incorporate shapes or equations to get a completely original, custom piece of art. The inspiration is endless. While newer styles are often permanent experiments, without them, there would be less variety of impressive work for our admiration.

For each individual, it really depends where their values lie to determine the best artists to pursue. The client needs to know their own personality, and what kind of experience and aesthetic they want to fully embrace. A quiet, artistic atmosphere, with heavy feminine influences could produce an endless array of styles and design options in today’s progressing industry. The sky is the limit when it comes to the imagery, but the long term integrity of the work is still uncertain. The alternative to that is, of course, tried and true. Like a classic country song, if it ain’t broke, don’t fix it. Personally, I will continue to support those who take pride in their work, and constantly strive to improve, no matter what demographic they fall into. There is a preference however, and it’s almost time to commit to a back piece, the largest canvas on the body. Although very impressive, I don’t believe the difference in sitting time, or the overall look of progressive tattoos, are superior to the vintage style. What has worked for generations is still the foundation for every strong tattoo, even evolving trends. The true artists are deeply connected to the history and heritage of their trade, understanding why things work, and constantly honoring the founders of their chosen paths. It’s this humble and unfailing gratitude that has earned my faithful patronage to the old standard of American Traditional tattooing. 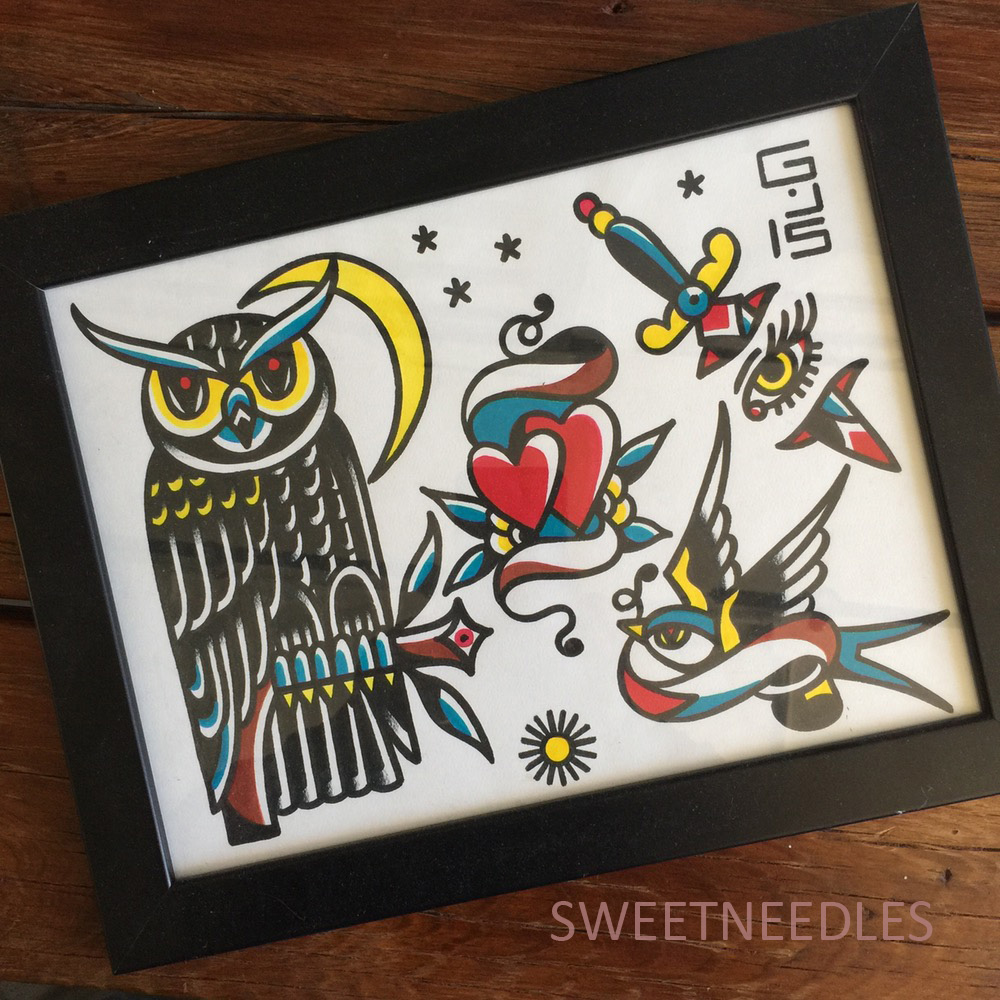 Original artwork by Gailon Justus. This and other pieces available at Sweetneedles.Bigcartel.com 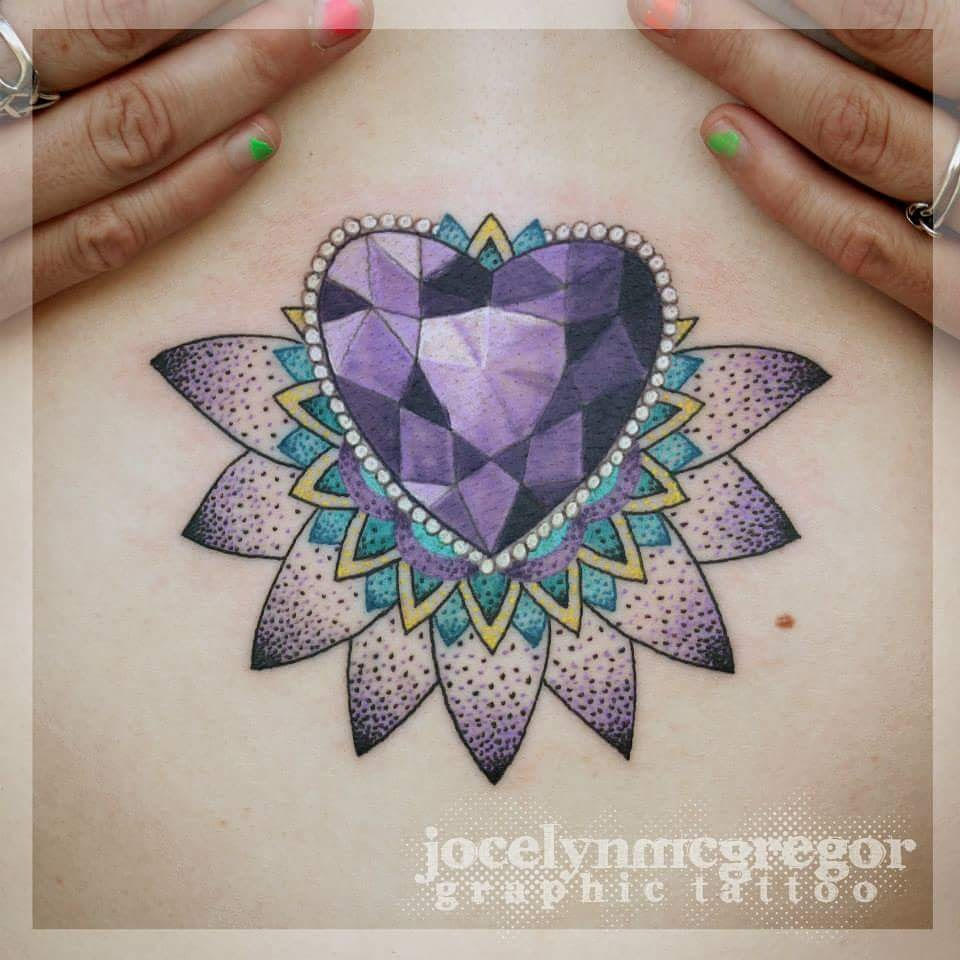